SW: So, Mr. Bradley Wayne Joseph Mark Foster, how did you evolve from an architecture student to the creator of Jabberwocky Graphix?

BF: First, it should be noted that I see it less as a Darwinian view of evolution, but more in line with the theory of punctuated equilibrium as expressed by, among others, Niles Eldredge and Stephen Jay Gould. It started out as an overlapping of architecture student/struggling bad artist, from which the artist side won out, leading to a life of, if not crime, then a life pretty well free of that horror that goes by the name of "steady work". A part of that life of the bohemian artist, I began printing up my various weird toons and drawings as prints and comics. Through zines like Bobby Sommerkamp's FANZINE CONNECTION and Clay Geerdes' COMIX WORLD, among others, I got into contact by mail with other like-minded (and totally unlike-minded!) creators around the country, and printed their work, they printed mine, and we all basically did whatever we wanted to on paper. A couple of years ago I realized I was moving a lot of these things (there were close to 40,000 copies of GOODIES in circulation by the end of 1988), for something just being done for the fun of it. So I began a more concentrated effort to actually try and turn this into a "real" small press, in that it actually did well enough to pay my bills, so I could devote full time to it. Haven't reached that yet, but certainly is fun trying!

SW: I've heard fun rumors about you: That you write "novels" under a pseudonym; That you are obsessed with comix-oriented lists and extremes (such as your ZYGOTE TALES (1983) having the most expensive minicomic price at 4 bucks); That our ONE NORMAL GUY TALKING WITH A NUT jam (1985) drove you ... well ... nuts. All true?

BF: Are you calling these rumors "fun" in the same sense of the word that the brilliant minds of Madison Avenue use it in advertising that tells us that eating food-products in any of a multitude of fast-food establishments is "fun"? Just curious ... a scary thought, if it's so. Anyway, let's take this one section at a time:
While in college, I wrote a half-dozen or so paperback novels, "the kind men like", if you know what I mean, and I (and Joe Bob) think you do. But the "pseudonym" part of that was forced upon my unsuspecting self by the publishers, not my choice -- indeed, I finally managed to get my real name on one of them, though the editor never did understand why. I thought it was a real hoot (yuk. yuk.) that I was actually being published and paid (though not well) as a writer, while still struggling as an artist. Unfortunately, if you were a fan of that phase of my checkered career, once I did start making a bit more moola as an artist, I stopped writing the one-hand wonders. Literature's loss ...

I think you're confused at this next point -- you, Steve, are the one who keeps publishing endless lists of things. I keep records of my works, but obsessed ... well, whatever you say bounces off me and sticks to you!

As far as "extremes", I don't do anything for a cheap effect, but because of deep, well-thought motivation. You should know that! The ZYGOTE TALES in question was not priced as it was to be the most expensive mini, but because, at the time I created it, those of us in small press were trading 99% of our print runs, there was little, of any, actual "sales" involved. So I figured, what the hey, since the trades were copy-for-copy, why not stick a couple bucks price tag on it as a joke on the whole idea of "pricing" these things. (And, for the record, my ONE YEAR'S WORTH mini was 375 pages thick and went for $25.00. Woo!)

And finally, no, working on ONE NORMAL GUY TALKING WITH A NUT didn't drive me nuts -- though thank you for pointing out that I was the normal man in that sick and twisted relationship. (Yeah, big surprise!) My own theory is that it drove my partner in the project, whose initials are SW, a little further around a bend he was well the way down, since he's the one who keeps bringing it up again and again over the years. Ya gotta come to grips with this Steve, move on, get a life! What, are you nuts or something!?

SW: No one in the Old Newave was as prolific as you. Your work has been everywhere, and much of it is beautiful, labor intensive art. Was there ever a time you just got tired of drawing and wanted to take an extensive break?

BF: Thank you, thank you. No, really, I mean that -- you're all just beautiful, wonderful people. What praise! Golly. Thanks, you're beautiful, kid! Oh, the question. No, I've never gotten tired of drawing. I live to draw. I wish I didn't have to spend so much time not drawing. The physical process itself is a rush, or putting marks down on paper and making something new appear. How can anyone get tired of that? I'm always pleased to finish a piece, but part of that is it means I can then start up a new one.

SW: You have produced some real high-production anthology gems such as ECCENTRICS and OUR STORY THUS FAR, yet it seems your T&A titles like FEVER PITCH and GOODIES draws the readers -- and criticism. I've heard you called, "The most despised cartoonist by cartoonists' wives" in small press circles. How do you respond to charges of sexism?

BF: I must admit I've never heard that before. But then, people who know me will tell you I'm a kind, caring, wonderful, giving kind of guy, who wouldn't do anything to harm anyone. So, must be someone I don't know.

As for charges of "sexism", I usually respond by asking the person what they mean by that, since it carries so much political baggage these days, you need to footnote it to make your point clear. All I can say here is that no, I'm not a sexist. Why would you think I am? Talk to me!

SW: Your commercial work is as prolific arid varied as your small press material. Considering the many facets of your art, is there one area or genre that brings you, as an artist, the most pleasure and personal satisfaction?

BF: My God, man, these compliments are getting out of hand -- I'm starting to worry about ulterior motives!

I like doing all sorts of styles and subjects, it keeps any single area from becoming boring or, even worse, repetitive in what I create. I'm quite proud of my "argent" style pieces -- the metallic, jewelled and high detail look of my fancier art prints, since it is something I've developed that really doesn't look like what any other artist does. And right now I'm working with my wife Cindy in creating a whole world of characters called Charwhimble Valley, and this is a lot of fun as I'm finding a way to bring together my interests in fantasy, architecture, Victorian-style hi-tech, single art and extended story pieces, all with lots and lots and lots of extraneous detail!

SW: What's on the Foster agenda for the future?

BF: World domination, obscene wealth, and the love and adoration of millions. Is that too much to ask for? Huh? Is it? I don't think so.

SW: If Bil Keane asked you to be his understudy so you could eventually take over THE FAMILY CIRCUS without changing the style, would you do it?

BF: Only if it would result in my gaining world domination, obscene wealth, and the love and adoration of millions. Which, come to think of it, is just what Bil Keane has!! Woo, neat!

[© Steve Willis and Brad W. Foster, used with permission. Originally published in City Limits Gazette #The world is so big and we are so small, yet we're turning it to shit in no time at all, December 1992. Please don't republish without permission.]

This letter was originally printed in Steve Willis' City Limits Gazette in May 1991. It was part of a conversation thread regarding the then-planned (but never released) second edition of Jay Kennedy's Official Underground and Newave Comix Price Guide.

[Thanks to Steve Willis for his kind permission to post this.] 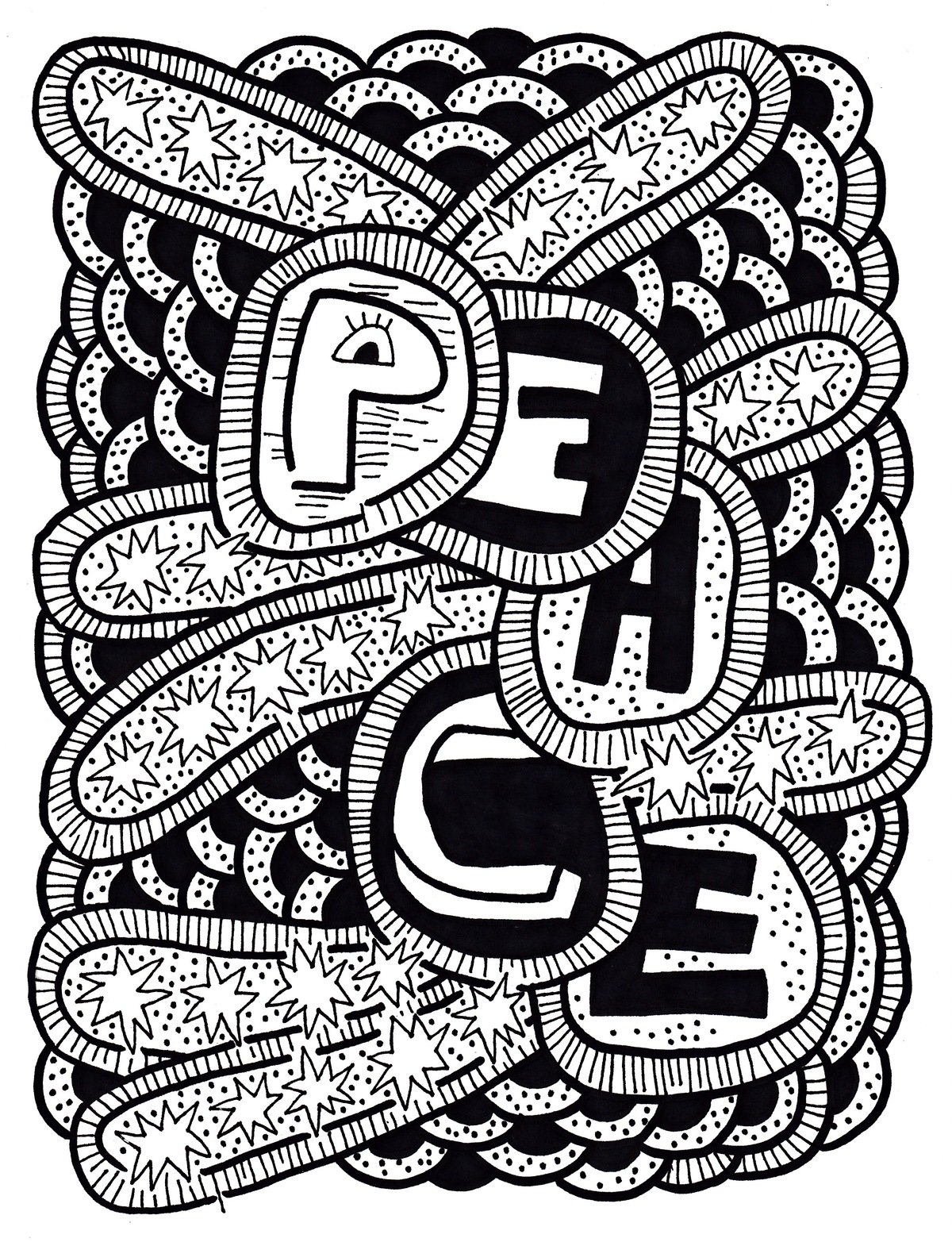 People sometimes ask me why I draw what I draw. It’s a good question although I’m not sure that I have a really good answer. Sometimes I just draw whatever happens to find its way to the blank page in front of me. There are limitations – I’m not an accomplished (trained) artist so I draw what I can draw and that’s what ends up on the page. Other times, I give myself drawing “assignments” – for example, I’ll go get breakfast at The Dome (spinach pie with a fried egg on top) and draw the various people that come and go as I eat. Sometimes friends ask me to draw certain things for their magazines or comix.

Often I’m unaware of why I’m drawing what I’m drawing. During the three months that I was between homes (living in various places) I drew over fifty drawings of buildings. It took someone else to point out to me the obvious relationship between my life circumstances and my choice of subject matter.

The way I draw also happens to work very nicely as a brain stimulator. I do an initial pencil drawing with my left hand and then go over it (in ink) with my right hand. That way, my drawings are a product of both my right brain and my left brain, and, in fact, this process forces those opposing “sides” of my brain to work together in a cooperative manner.

But is it art? I really have no idea what “art” is other than a meaningless social construct that has no validity or utility outside of the art establishment. I like the idea of art without boundaries and life without definitions. Indeed, the Ten Commandments series is an attempt to re-define morality in a light-hearted manner. OK, but do these drawings qualify as art? You decide. Create your own definitions and decide what fits. If there is a secret to life, I suspect that it has a lot to do with that process. So you decide. I don’t really care one way or the other. I’m still gonna draw and it will still be fun.

Either way, though, thanks for reading this. If you’re intrigued you might wanna check out some of my publications (which I do under my own DALE LEE PLANET imprint). If not, well, hey, there’s a lot of great art out there, so find what works for you and go for it!

[© Andy Nukes. Please do not republish without permission.]

Search the Database Only

New at the Mini Mart

New at the Blog